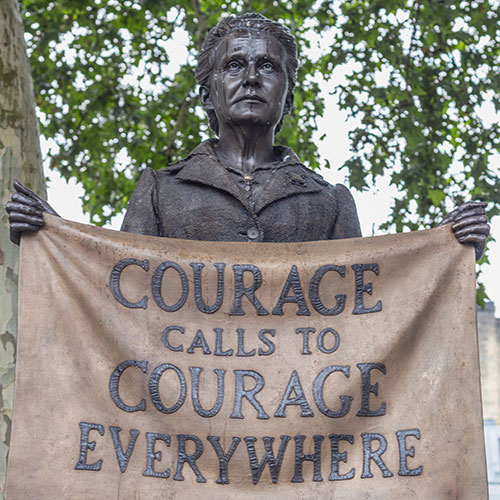 One of the most precious rights that we have is the right to vote.  Did you know that up until 1920, when the 19th Amendment was ratified, voting was denied to half of the population – women?  In the early 19th century women could not even own property.   But on this day women actually became part of the American Constitution!

I have always been intrigued by the Suffragists – by the sheer courage of their convictions, how they faced ostracism from their families, spouses, friends, they endured beatings, jail, and even death because they so fiercely believed that they had a right to vote.  They are incredible role models for all women and I encourage you to read about them for your own inspiration. We can learn so much from others who have gone before us – these lessons in life are free – let’s just take the time to sit down and let those stories pour into us.

While we have come a long way, we still have many struggles for equality.  Let’s have August 26th be a day of celebration for how far we have come and to reinforce our commitment to continue for full equality.